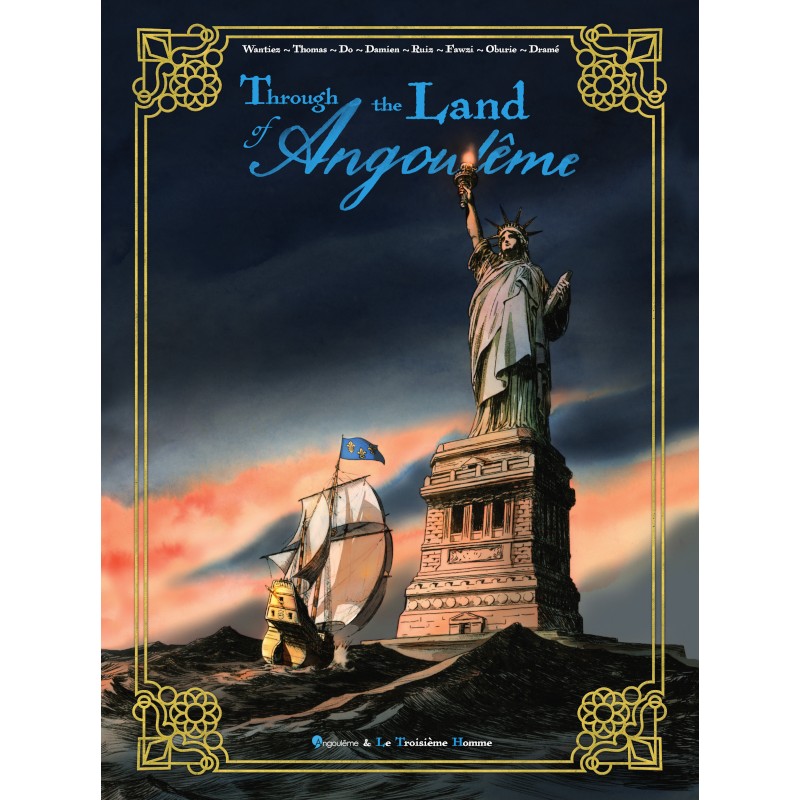 Through the Land of Angoulême

In 1492, Christopher Columbus discovered America. In his wake, a great many seafarers, spurred on by a lust for gold, glory, or just adventure, faced the immense ocean. Such a man was Giovanni Verrazzano. Sent by Francis I, King of France, to find the much talked about Northwest Passage, he was the first European to see and tread American land from North Carolina to Maine, including the site of present-day New York City, which he named “Land of Angoulême” in honor of his sovereign.
This book tells of his voyages.